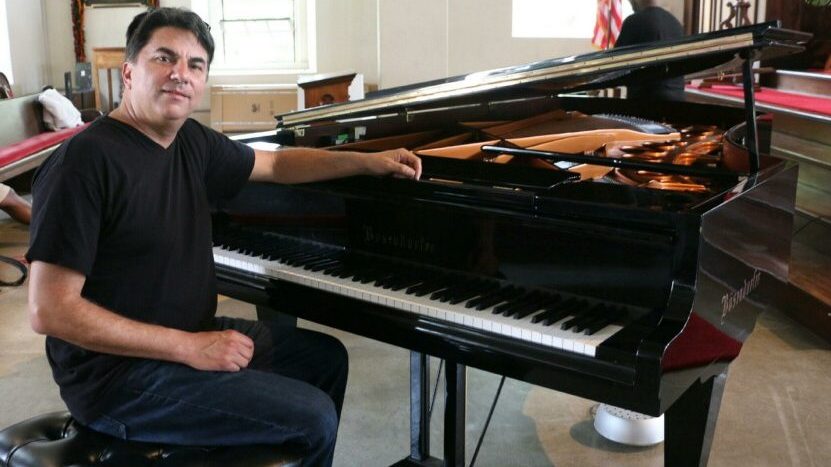 Ben Heveroh is a Bay Area keyboardist with an extensive background in Classical, Jazz, Salsa, Blues, and Gospel music.

The principal keyboardist for the Oakland Interfaith Gospel Choir since 1998, Ben has also been with numerous other bands over the years:

Ben has performed and taught at workshops in Costa Rica, Canada, Denmark, and France. He has been on the faculty at Jazz Camp West since 1999, and has been the accompanist and musical director for the Living Jazz Children’s Project since 2004.

As a teacher, Ben has a natural gift for explaining the mechanics and theory of how music is made. He works well with piano, vocal, and bass guitar students, both individually and in ensemble classes. His approach to the science of music is clear and easy to grasp and he understands how to supply students with the tools they need to develop their own musicality. Whether he’s working with a beginner or an advanced student, he understands how to get you to the next level.

Ben also runs a home recording studio. His skills as a musician, arranger, and recording engineer have helped numerous singer/songwriters bring their musical ideas to life since 1998.